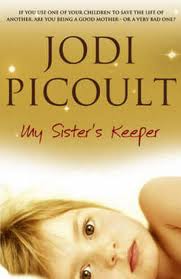 Bestselling author Jodi Picoult is in the UK at the moment to talk about her new book Lone Wolf. The author of books including Change of Heart, Nineteen Minutes and Songs of a Humpback Whale was good enough to squeeze me into her busy schedule and I got to ask the lady herself just what she thought of the adaptation process from the perspective of the book's author.

Check out My Sister's Keeper: Book vs Film here


My Sister's Keeper – arguably your most popular book to date – was adapted into a film a few years ago. But the dramatic ending change in the film version angered many fans. How was that whole experience for you as the author and do you think authors should have involvement in adaptations?

Authors have no involvement in adaptations. Hollywood thinks we are the least important piece of the puzzle and by and large authors have zero control over a film. You give a baby up for adoption, you hope it goes to a good family and sometimes you're disappointed which is surely what happened to me with My Sister's Keeper.

In my case, the director knew that I thought it was very important that the ending stay the same and when he met with me, he read the book and said 'You're right, that's the only ending for the story. I'm not going to change it. If it does change, I'm going to tell you why and tell you myself.'

I then spent a year working with him, creating a script that was very close to the book and then one day a fan who worked at the casting agency contacted me to ask if I knew they had changed the ending. I called Nick, the director, at his house and he wouldn't talk to me and I flew to the set and he kicked me off the set and I went to the head of New Line Cinema and I said 'You're going to lose money on this film' and he said 'We know what we're doing'. And sure enough they lost a lot of money on the film.

I hope this hasn't put you off allowing any other adaptations in the future.
No, in fact Ellen Degeneres has the movie rights to Sing you Home and she's got a director attached, a star attached and a terrific producing team and they are going out now to produce it and starting to get interest for it which is wonderful.

The full interview can be found at Novelicious .
To find out where Jodi Picoult will be speaking on her UK tour check out her website - http://www.jodipicoult.com/events.html#British_Isles
Posted by Little Eva