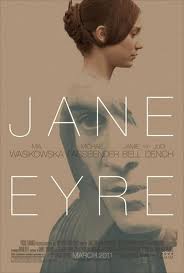 For fans of the classics - Jane Austen, Charlotte and Emily Brontë etc, there is little debate over the best adaptations. A personal favourite of mine (and numerous others) is the TV five-part adaptation of Pride and Prejudice - the TV phenomenon that transformed Colin Firth into a sexual god overnight in the infamous lake scene. But it wasn't just Colin all wet and broody that did it. The cast was perfection - irritating, plain, beautiful, proper, embarrassing. Each character was just as the book portrayed it and apart from cutting the book a little short and ending the show a touch early, it was incredibly true to the book.

Now imagine if you watched Part 1, 3 and 5 of that. It's all brilliant, you can't fault it exactly - the scenery, the outfits and of course the acting are all great. It just feels like there's something missing. A lot of emphasis is on certain characters but not a lot on others. Parts have been left out and though everything you're seeing is perfection, there's just not enough TIME to really get into it all.

This, for me, is how this latest in a long line of adaptations of Jane Eyre felt. The story is of a young orphaned girl who is sent off to a school, where she then becomes a teacher. She then moves onto Thornfield house to become Governess to young Adele and, having never even conversed with a man, meets the bitter and abrasive Mr Rochester. 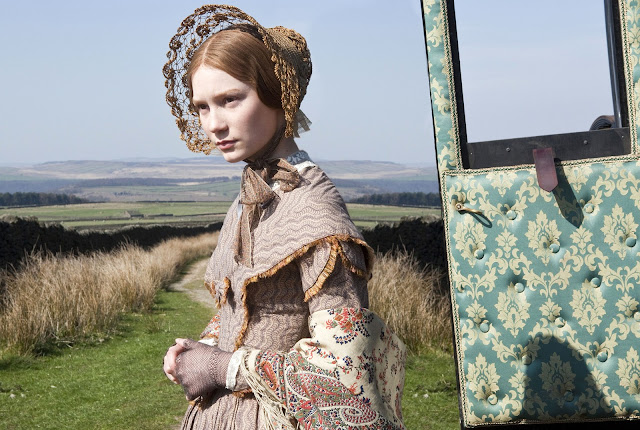 Jane, played by Mia Wasikowska, is a complex character with a hard past that explains her far better than actions can. Her relationship with Mr Rochester (Michael Fassbender) is equally complex as they are both surprised by one another, grow to respect each other and then... well you know.

Amelia Clarkson does a brilliant job of showing the 'passionate' Jane as a child, hardened by the loveless care of her Aunt Reid, but still not afraid to use her own voice.


Mr Brocklehurst: And what is hell? Can you tell me that?
Young Jane: A pit full of fire.
Mr Brocklehurst: And should you like to fall into that pit, and to be burning there forever?
Young Jane: No sir.
Mr Brocklehurst: What must you do to avoid it?
Young Jane: Keep well and and not die, sir.
The book, controversially perhaps, was a little too much for me at times. The dialogue is superb - especially the conversations between Jane and Rochester. I just adore the harshness and honesty of their exchanges and the hidden meanings in their propriety (or not in the case of Rochester!). But the book has pages and pages of descriptive text which I found myself unwittingly skimming over.

For those unfamiliar with the book I will try not to give too much away. There are three quite distinctive chunks. Firstly, Jane is sent to Lowood school for girls where she later becomes a teacher. Then she goes to Thornfield to become governess to Adele. Then she meets St John and his sisters. This is all done in chronological order. 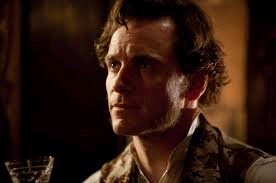 Directed by relative newcomer to the big screen Cary Fukunaga, the film had a somewhat bizarre mixture of cuts. The school is trimmed right down, St John gets to be the main focus as the film starts with him finding her and taking her in. That just leaves Jane's time at Thornfield. It's a slightly bizarre but not altogether terrible restructuring of the book, starting with Jane Eyre fleeing a house, getting caught in the rain and stumbling across a little cottage in the middle of nowhere. St John (played by Billy Eliott himself, Jamie Bell) takes her in and he and his two sisters look after her. Her life is then shown to the audience using flashbacks which goes a certain way to explaining the dramatic cuts (some of which - I acknowledge - were of course necessary).


Do you think, because I am poor, obscure, plain, and little, I am soulless and heartless? - Jane Eyre

Judi Dench as Mrs Fairfax seemed a little bit mis-cast. The woman is CLEARLY an incredible actress - it's not just anyone who can pull Elizabeth I off with ease - but her occasional northern accent left a little to be desired.

That there is some nicety to Jane's time at Lowood school is ignored in this adaptation and I think, every adaptation that has ever been done. It's far more dramatic I suppose to focus on the negative. I was quite surprised when I read the book, having already seen adaptations, to see that there are nice teachers and enough encouragement and affection shown toward Jane in her early years at the school to spur her into becoming a teacher herself. This is always overlooked. 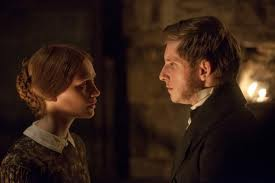 The biggest issue I have with it is the lack of drama in the big reveal. There was very little build up, the events are there but Jane seems subservient not curious. She never asks questions, is never told that it's just Grace Poole and not to worry. This is not in her nature, and this is not all that scary.
All in all though, the film is brilliantly made. The acting is superb, the score is moving, the scenery is stunning. It boils down to a matter of timing. There simply is not enough time to really explore the two main characters, their relationship and what made them each who they are. Had this been made into a five-part series, it would have rivalled Pride and Prejudice with ease.